"Roseburg is the heart of the scenic and recreational paradise known as the Land of Umpqua. This land of authentic outdoor adventures and experiences is bordered by picturesque rivers and lush valleys. Roseburg, centrally located in the center of Douglas County, Oregon is known for its 359 miles of streams along the north and south forks of the Umpqua River. The year-round natural beauty of the Land of Umpqua contributes to a quality lifestyle enjoyed by residents and appreciated by guests to our area." 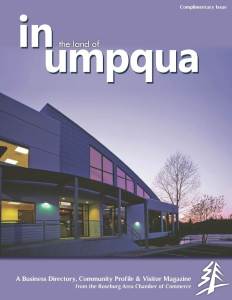 Roseburg is the municipal seat of Douglas County, ranked #9 among the 35 counties in Oregon, which is home to approximately 112,530.

DOUGLAS COUNTY TOTAL POPULATION
(based on 2020 US Census)

Asian
Black or African American
All other races 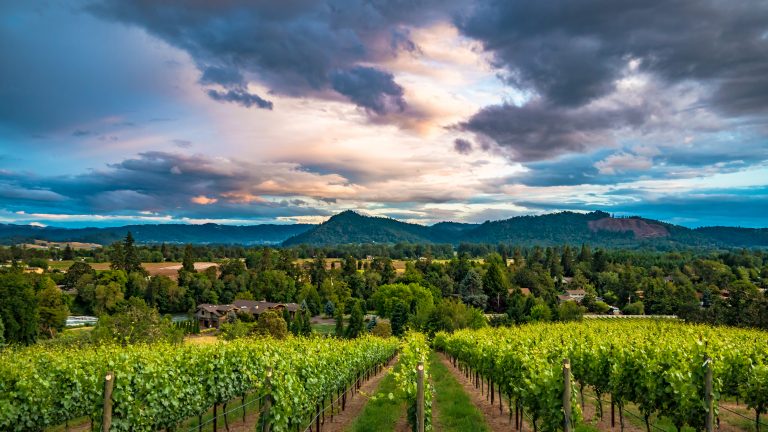 At an elevation of 465 feet, Roseburg defines the word temperate. Sunny days are common, and extremes of any weather condition are rare. Low and high temperatures range from between 34 and 48 degrees in January, 39 and 63 in April, 53 and 84 in July, and 43 and 67 in October. Snowfall on the valley floor is unusual, and summer humidity is very low. The average annual rainfall is approximately 33 inches.

Roseburg is located on Interstate 5 in Southern Oregon’s scenic Douglas County. The city is nestled in a lush, forested region known as the Land of Umpqua. Roseburg is 67 miles south of Eugene, Oregon’s third largest city, and 123 miles north of the California border. Portland, the state’s largest city, is 175 miles to the north. The Pacific Coast lies only 80 miles to the west. To the east, along the breathtaking North Umpqua Scenic Highway, lie Diamond Lake (79 miles) and Crater Lake National Park (99 miles).

UCC also provides adult basic education, workforce development, community education classes, and a truck driving program. The college works closely with local businesses and professionals to ensure students are learning the skills needed to be successful in the workforce.

Roseburg also offers a multitude of assisted living facilities and retirement homes, perfect for those looking to retire.

Average number of days on market: 34

The greater Roseburg area has many opportunities for job seekers looking for employment. From mills to manufacturing companies, hospitality and health care industries to customer service.

Businesses of the Roseburg area are always looking for new employees with great work ethics. From entry level positions to physician’s recruitments and training opportunities you may just find your next job here.

Be sure and check out the chamber’s “Job Board.” 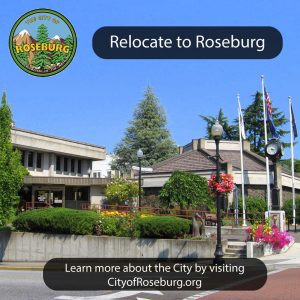 Whether you’re a long-time resident,

new to Roseburg and Douglas County or

thinking about moving to the  Land of Umpqua,

job seekers should visit the

The city of Roseburg follows a mayor/city manager form of government, with the mayor presiding over a council of eight elected citizens, who represent four wards.

Roseburg is the seat of Douglas County government, which is led by an elected board of three paid commissioners. Both the city and county are firmly committed to providing open, participatory government that is held accountable to citizens.

Roseburg offers a wide array of high-quality healthcare services and professionals are available to residents of Douglas County. Most medical facilities are always looking to relocate physicians and/or are in need of employees in the medical health care force.

Mercy Medical Center is Roseburg’s hospital and is home to more than 1,000 staff offering residents of the area local access to comprehensive and state-of-the art medical services. This includes the Shaw Heart and Vascular Center, a regional resource for preventative, diagnostic, therapeutic and rehabilitative care for conditions of the heart and blood vessels.

Located on the campus of Mercy Medical Center, the Community Cancer Center has provided comprehensive services to cancer patients throughout the region for more than 30 years. Roseburg also has several urgent clinic facilities, private practices, specialized physicians and surgeons.

Evergreen Family Medicine is home to a number of family practice physicians and has urgent care locations.  as well as Family Tree Medical Clinic and NOVA Health is here to serve Roseburg’s Urgent Care needs.

Roseburg and Douglas County is served by a number of national and community banking institutions and credit unions with personal assistance during business hours as well as conveniently located 24-hour ATM’s.

Newspaper
The Roseburg Beacon — Weekly
The News-Review — Daily, except Monday