At the heart of the Roseburg Area Chamber of Commerce’s (“RACC”) service to its members and the Douglas County’s business community, is the government affairs and political advocacy work it does on behalf of business.

The mission of the RACC through its government affairs activities and political advocacy is to represent and protect the interests of the Douglas County business community. To this end, the chamber monitors issues and activities of local, state and federal government and, when appropriate takes positions of support or opposition on behalf of business.

At its May meeting, the chamber board of directors voted unanimously to endorse the “People Not Politicians” campaign and joined the coalition working to get IP 57 on the November general election ballot. The chamber supports IP 57 because it believes redistricting reform is important for Oregon and the businesses we represent.

The chamber believes Oregon voters should choose their politicians—politicians should not choose their voters. The process for drawing congressional and legislative district boundaries has for too long been controlled by elected officials who should not be drawing their own district maps. It’s time to end gerrymandering.

· The commission would be made up of 12 citizens: 4 Republicans, 4 Democrats, and 4 people who are not affiliated with either party.

· Commissioners may not favor or discriminate against any candidate, elected official or political party.

Want to learn more about the measure? Check out its website at https://www.peoplenotpoliticiansoregon.com/

No Current Call(s) to Action! 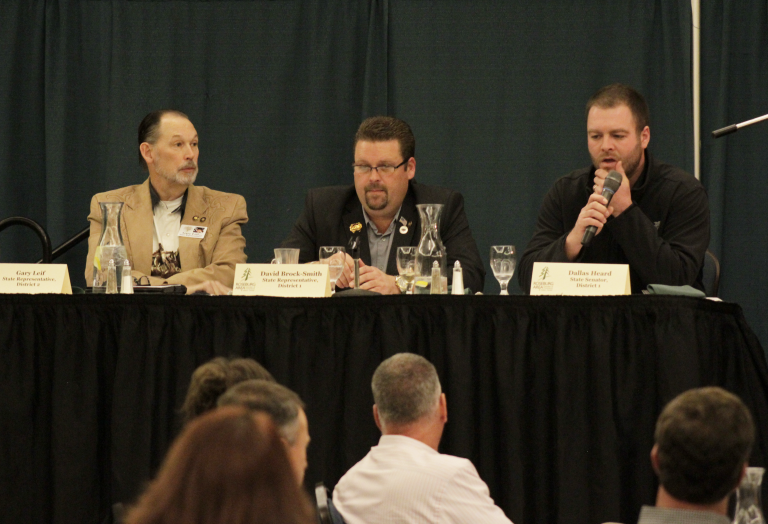